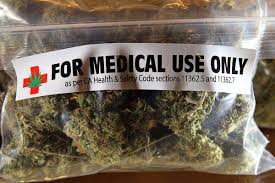 A Hearing Officer from the Maine Workers’ Compensation Board issued what is sure to be the first in a long line of decisions relating to the compensability of medical marijuana. In the case of Crandall v. University of Maine System, Hearing Officer Elizabeth Elwin applied DOJ guidelines  to determine whether, by paying for medical marijuana, the employer and insurer could be subject to criminal prosecution and ultimately ordered them to pay for Mr. Crandall’s medical marijuana.

After determining that Mr. Crandall’s medical marijuana use was having a positive impact on his shoulder injury management, the hearing officer reviewed a list of “enforcement priorities” issued to federal prosecutors by the Department of Justice to assess the whether or not the DOJ was likely to prosecute an insurer for, in effect, buying marijuana. Elwin pointed out that the DOJ has determined that unless the conduct in question implicates one or more of these “priorities”, it is not worth their resources to pursue prosecution, especially when it comes to seriously ill individuals and their caregivers. The DOJ’s priorities include the prevention of distribution to minors, diversion of marijuana from a state where it is legal to where it is not, violence in cultivation and distribution, and drugged driving. The Hearing Officer ultimately found that none of the priorities were implicated in the case and the employer/insurer was unlikely to be prosecuted for issuing payment.

It is virtually guaranteed that this case will make its way to the Board’s Appellate Division, and very possibly the Supreme Judicial Court. In the meantime, other hearing officers and parties across the state have a well thought out decision from which to compare their cases.

To read the full decision, click on the following link: Crandall decree 7-15-15

Words to Live By…

"There are two ways to be happy; change the situation, or change your mindset toward it."

This appellate decision presents an interesting look at burden shifting when permanent impairment [PI] is at issue. The panel felt the employee, Ms. Gowen, had met her burden to produce “some evidence to persuade a reasonable fact-finder of the existence of a genuine issue concerning the percentage of permanent impairment.” Ms. Gowen alleged there were additional neck and upper back symptoms related to her injury, which should then be included in her PI evaluation. The panel then goes on to discuss the shift to L.L. Bean’s ‘ultimate’ burden to prove Ms. Gowen’s PI does not exceed the threshold. However, since L.L. Bean did not address these newly alleged symptoms in her neck and upper back with the assessments, they were deemed to not have met their burden – one which is not clearly outlined in this decision, but seemingly remains at the more likely than not level of most issues within our system.

I’m perplexed by the Appellate Division’s analysis on this issue – I understand the concept includes whole-person permanent impairment, but doesn’t it have to be established as related to the injury before it can be considered? The Strout v. Blue Rock Industries case earlier last year involving this topic, where despite PI remaining below the threshold, benefits were ordered continued, makes it more and more clear that potential PI alone can extend the statutory cap.

An employer’s effort to determine permanent impairment and cap benefits can thus seemingly be halted by an employee’s insistence there are other related symptoms than those previously addressed – which in this case was combined with a discredited medical causation opinion to reach the burden of production. Ms. Gowen raised never-before established body parts as something connected to her injury, but doesn’t she have another burden before she gets to this one? Can this be a ‘genuine issue’ if there’s been no establishment of causation previously? Essentially, the employee here has been able to go through the back door and get continued benefits for body parts she has yet to produce causation on. While I agree with the panel that the opinions on PI should have outlined what they were or were not including in their assessments, the framework laid out by this and other decisions is rendering the 520 week cap a nearly unattainable feat.

Togus was the first Veteran's Hospital in the United States. The facility was founded in 1866 and is currently located in Augusta, Maine.

Brought to you by the attorneys at

Tucker Law Group's attorneys deliver litigation excellence to Maine insurers and employers. The firm's areas of proven legal expertise include: Workers' compensation defense Insurance defense Labor and employment law Commercial litigation Administrative law Regulatory compliance The attorneys at Tucker Law Group are intimately familiar with the needs of businesses and have an in depth knowledge of the State of Maine and its inherent financial and regulatory constraints. The law firm has a statewide practice with offices in Bangor, Portland, and Caribou, Maine, allowing Tucker Law Group to effectively and economically represent their clients throughout the State of Maine and provide for personal contact with their clients on a regular basis.